Cindy Weicht, Alison Sauers and Hans Iwenofu gave testimony at the Ohio State House for sarcoma in October. A special thanks to Senator Tim Schaffer for all of your help introducing our bill to bring awareness to canine cancer and sarcoma.

Click here and here to listen to both radio segments.

Clickhere to watch the segment.

Click here and here to listen to both radio segments.

Thank you South Central Power for awarding The Hank Kabel Sarcoma Foundation a grant to give kids with cancer at Nationwide Children's Hospital copies of "Hank the Miracle Dog." Dogs get sarcoma five times more than humans, with children getting sarcoma the second most common. This generous donation will not only bring awareness to the importance of comparative oncology but will also put a smile on these young childrens' faces - just as Hank always did.

Bethany Lavins, a health psychologist, chose The 2018 Hank Kabel Sarcoma 5K Walk/Run for the Editors Pick Award for 2018. Bethany published a paper/database of her research which discusses dog-friendly walk/run events all across the country. Hank's event was one of the few selected based on the event's fun, unique and outstanding nature. More information is available here: https://runrepeat.com/the-dog-race-database-fido-fitness-and-fun 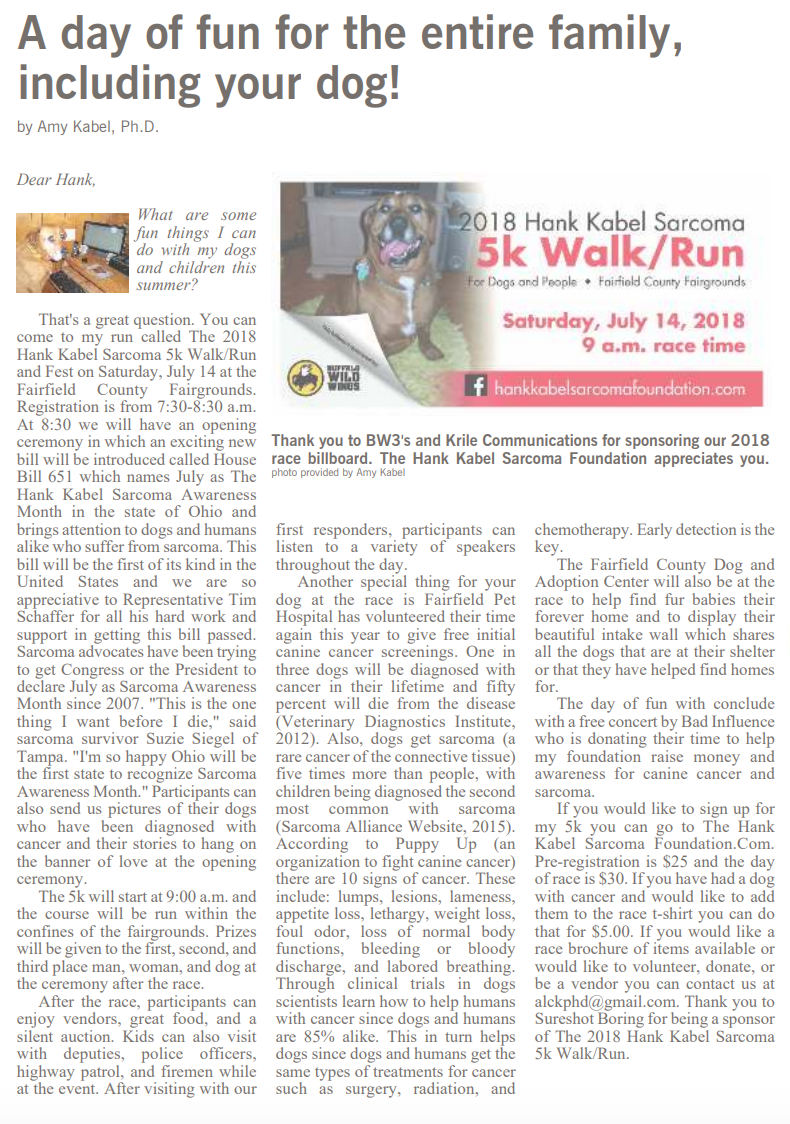 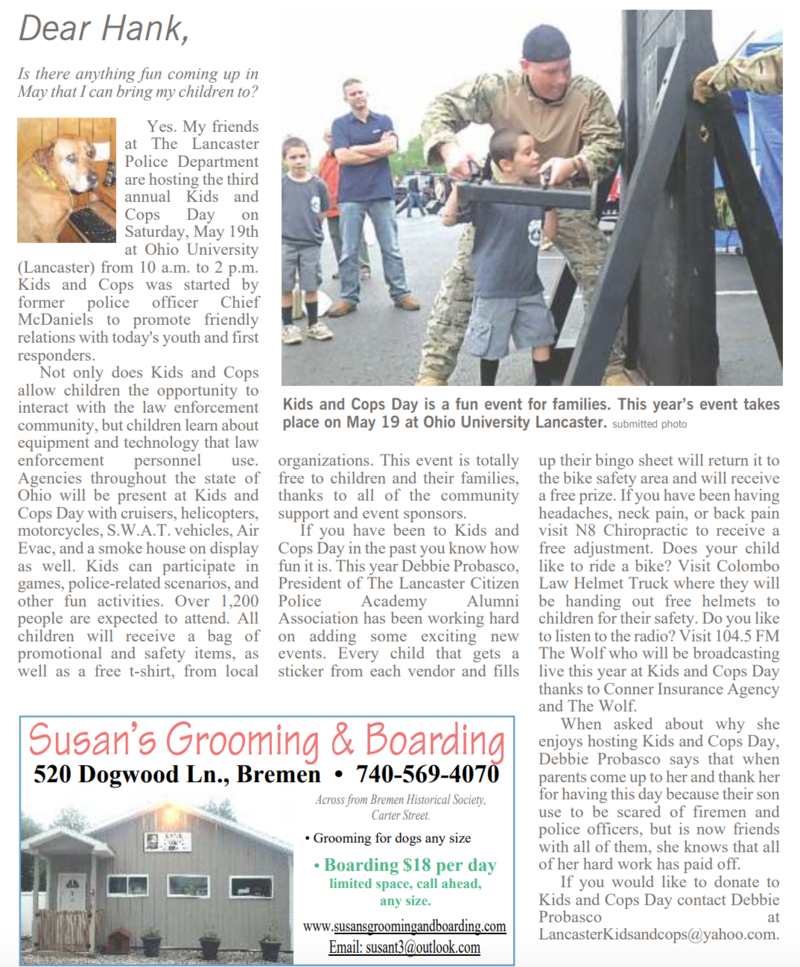 House Bill 651 was crafted in response to a constituent, Amy Kabel, who lost her dog, Hank, to Sarcoma. After his death, she created the Hank Kabel Foundation to raise awareness and funds for canine cancer. The awareness month will help bring attention to dogs and humans alike who suffer from Sarcoma.

“This is a great piece of legislation that brings awareness to a disease that impacts humans as well as our four-legged friends,” Schaffer said. “Amy Kabel is a major champion for this specific cancer and she has done an excellent job educating the public. I am pleased to introduce this legislation so that more Ohioans can be touched by Hank’s story.”

Amy Kabel added, “Hank was the love of my life and the strongest dog I have ever known. Through his whole cancer journey, he never complained and fought cancer for 20.5 months with a smile on his face. Doctors called him ‘Hank the Miracle Dog’. I hope Hank’s story inspires others to know the warning signs of cancer and if something does not seem right to get it checked out. Early diagnosis is the key.”

Sarcoma includes the group of cancers that cause tumors to form in the bones and in the connective tissue. Dogs are five times more likely to get Sarcoma than people are, with children as the second-most commonly diagnosed. Approximately one in three dogs will be diagnosed with cancer in their lifetime and 50 percent will die from the disease.

Lancaster Billboard | 2018
Thank you to Buffalo Wild Wings in Lancaster for donating your billboard space!